Sometimes the sub-sites are taken down, bringing the web browser games down with them.

An artillery featuring armies of yellow and black chicks by Extra Toxic, published by Nintendo of Europe for Easter. It was also released as WiiWare. 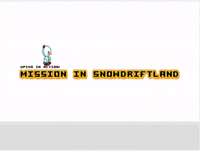 Both a platformer game and advent calendar/Christmas promotion by Extra Toxic and published by Nintendo. Chubby Snow, the snowman, is tasked with locating Snowdriftland to restore game files (pictures of Nintendo games) from the Human World stolen by the evil penguin El Pix. Each day of December 2006, a new level was available up to December 24. 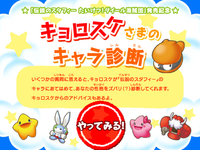 A quiz featuring Starfy's best friend Moe (known in Japan as Kyorosuke) the clam. A series of questions are asked which determine what character from the game the player is most like.