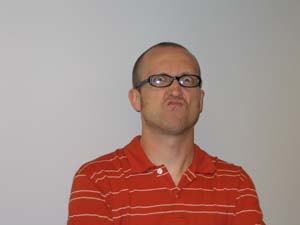 Andrew Hartpence is the current Director of Online Marketing of The Pokémon Company International. He is perhaps best remembered by Nintendo fans worldwide for his time as Supervisor of Web Content at Nintendo of America, where under the pseudonym of NOA_Andy he moderated the popular NSider Forums.

Andrew was hired as a Gameplay Counselor for Nintendo of America in November, 1997[1], after having graduated from Indiana University Bloomington with a BA in English and History.

Wheelie Cyberman was the stage name of Andy Hartpence in the nerdcore hip hop band Optimus Rhyme.[3] Their song "Obey The Moderator" is apparently based on his experiences moderating the NSider Forums.

Andrew joined The Pokémon Company International as Director of Online Marketing in September, 2007.[4]