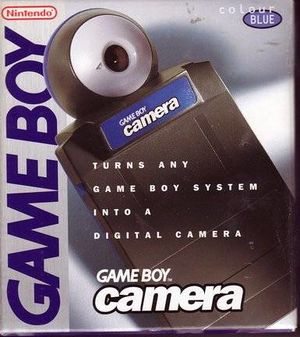 The Game Boy Camera (Japanese: ポケットカメラ Pocket Camera) is a basic image-capturing device (technically software using the basis of a Game Pak with the addition of a camera) that allows Game Boy users to view, take, edit, and store monochrome images using a Game Boy, Game Boy Color, or Game Boy Advance. It was developed by Nintendo, with Pokémon stamps by Game Freak/Creatures, Inc.. The peripheral came with built-in editing software and four bonus games. The unit was available in several different colors.

The Game Boy Camera was released in 1998 alongside the Game Boy Printer, which allowed hard copies of captured and edited images to be printed.

Turn any Game Boy system into a digital camera! With this accessory, you can shoot photos, doodle on them, add stamps and even send them to a friend with another Game Boy Camera! 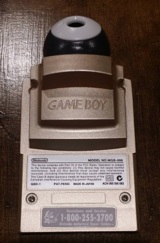 The Legend of Zelda: Ocarina of Time edition